This module provides a general overview of PLCs and their application in industry. The origins of the PLC and its evolution are covered in detail. The advantages of PLCs are also outlined, and the main components associated with PLC systems are explored. An introduction to ladder logic is presented and the most common types of PLC signals are covered with an emphasis on practical application. 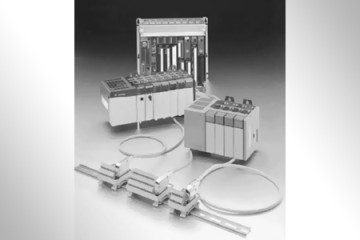 
This module is intended to familiarize the student with the most important aspects of the PLC's central processing unit. Topics covered include memory devices and memory storage, as well as an introduction to data storage and processing. In addition to covering memory utilization and memory mapping, the module also provides detailed information on multiprocessing and PLC scan functions. 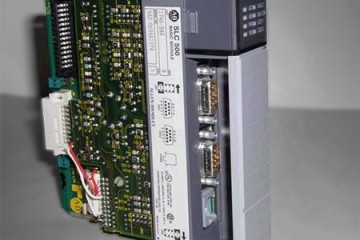 
This module covers all aspects of the Input/Output system for PLCs including discrete, analog, and data I/O. In addition, the module also presents an overview of I/O addressing and an introduction to I/O parameters. Module topics also include the principles of remote I/O and an introduction to scaling and resolution of analog devices and signals. 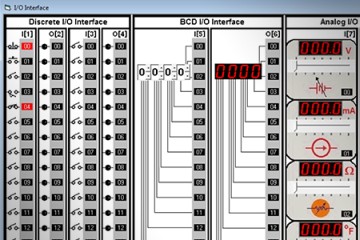 
This module is intended to provide students with an overview of the wide range of programming terminals currently in use and to outline some of the key differences between them. In addition, the module covers topics such as hand-held programming terminals and computer-based software packages. The operation of host computer-based systems is also covered as well as the application of peripheral devices in a PLC network.


Module 5 - Installation and Maintenance of PLCs


The purpose of this module is to provide the student with a thorough coverage of the various safety precautions, preventative maintenance, and troubleshooting techniques associated with a typical PLC system. In addition, the module also covers proper grounding techniques, sources of electrical interference, and I/O installation techniques. Field checkout and troubleshooting is covered, with an emphasis on practical troubleshooting and problem-solving strategies. 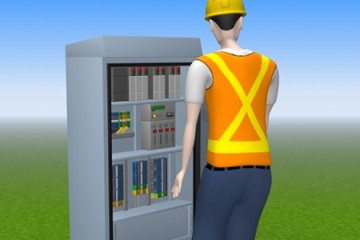 
This module is intended to provide an introduction to relay logic and relay logic diagrams. The basic operating principles of relays are presented as well as detailed information regarding sizing and rating of electromagnetic contactors. Seal-in circuits and their application in control systems is discussed as well as an introduction to timing circuits. In addition, the module covers I/O devices and their application in PLC systems. 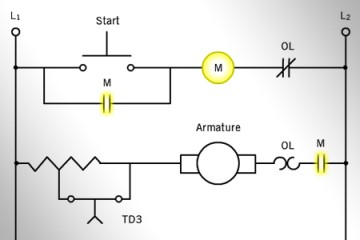 
This module provides an introduction to ladder logic programming techniques using laboratory simulation software. The lab component of the module provides the student with an opportunity to write ladder logic programs and test their operation through PLC simulation. Topics covered in the module include I/O instructions, safety circuitry, programming restrictions and I/O addressing. 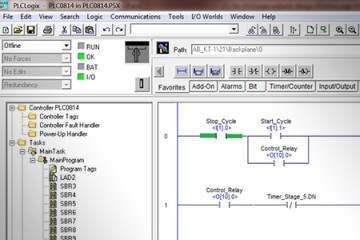 
This module is intended to provide students with an overview of PLC timers and their application in industrial control circuits. Allen-Bradley timing functions such as TON, TOF, and RTO are discussed in detail and the theory is reinforced through lab projects using lab simulation software. In addition, students will learn practical programming techniques for timers including cascading and reciprocating timing circuits. 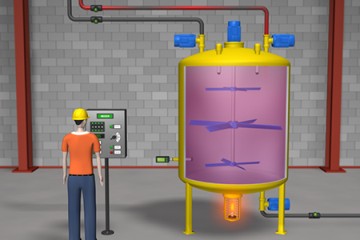 
This module provides students with a broad overview of PLC counters and their application in control systems. Allen-Bradley counting functions such as CTU and CTD are presented in detail and the theory is reinforced through lab projects using lab simulation software. In addition, students will learn practical programming techniques for counters including cascading counters and combining counting and timing circuits. 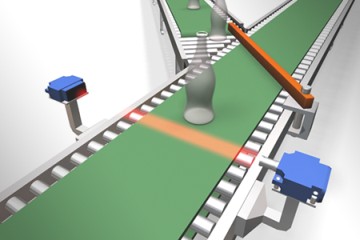 
This module is intended to provide an overview of various zone control techniques and branching instructions. The principles of Master Control Relays are presented with an emphasis on safety considerations and compliance with safety codes and regulations. In addition, the module also provides coverage of subroutines and their application and benefit in complex control problems. Force instructions are presented and demonstrated through lab simulation software. The simulation software also allows the student to program and observe branching operations. 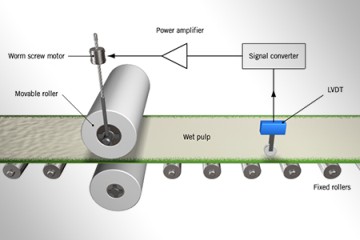 
This module is designed to provide the student with a clear understanding of the purpose and application of PLC sequencers, both through the theory of operation and through the actual demonstration using lab simulation software. The module will familiarize the learner with masking techniques and the various types of sequencers available including SQO and SQC instructions. In addition, sequencers charts are presented with an emphasis on maintenance and recording of sequencer chart information. 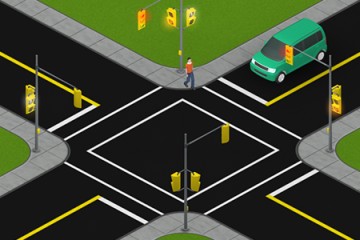 
This module provides students with an introduction to the principles of data transfer, including bits, words, and arrays. Using lab simulation, various aspects of data transfer will be demonstrated and students will program and observe transfer instructions such as MOV. An introduction to shift registers is also presented with an emphasis on practical applications in industrial control circuits. 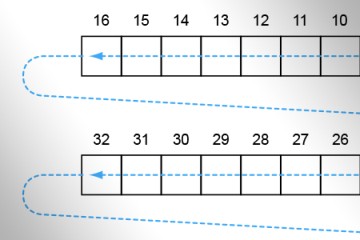 
This module provides an overview of basic and advanced mathematical functions found in typical PLCs. It provides thorough coverage of data comparison instructions such as EQU, LES, and GRT. In addition, this module provides a foundation for more advanced programming techniques including analog input and output control. Topics such as combining math functions, averaging, scaling and ramping are presented with an emphasis on practical application and are demonstrated using lab simulation. 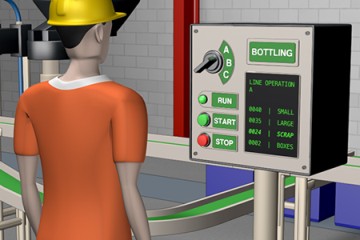 
The purpose of this module is to provide the student with a thorough understanding of the various aspects of process control and its application to PLC systems. In addition to open-loop and closed-loop systems, the module also covers advanced closed loop techniques including PID control. Analog I/O devices are presented in detail and tuning parameters for PID control systems is demonstrated through practical examples. 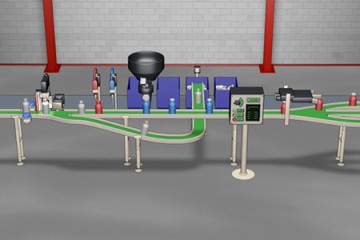 
This module is intended to provide the student with an introduction to networking using PLC systems and peripherals. The principles of data highways are discussed using windows platform and Allen-Bradley hardware and programming software. In addition, an introduction to ethernet and network switching is also presented as well as detailed descriptions of topology and the application of token passing in a data highway. The module also provides an overview of transmission media including fiber optic, coaxial, and twisted pair cable. 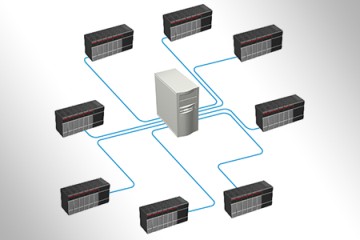 
This module is designed to provide the student with a thorough understanding of the various number systems used by PLCs and their application in industrial control. The module covers binary numbers and codes including BCD, Octal, and hexadecimal. In addition, the module also demonstrates through lab simulation how number systems are manipulated by the PLC's processor. Topics also covered in the module include negative binary numbers, parity bit, Gray code, and ASCII. 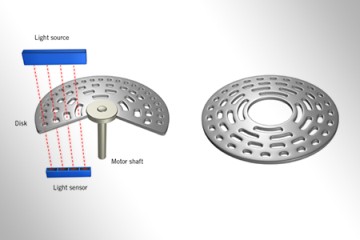 
This module provides a thorough treatment of digital logic and its application in PLC programming and control. Boolean algebra and the theorems associated with it are presented and demonstrated through a series of programming examples. In addition, the student will become adept at converting digital logic to ladder logic and will apply DeMorgan's theorem to increase circuit efficiency and reduce redundancy. 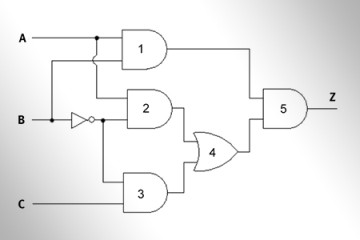 
This module is designed to cover the fundamentals of Remote Terminal Units (RTUs) and Programmable Automation Controllers (PACs). The four types of connections used for interfacing with field devices are demonstrated, with an emphasis on practical application. A discussion of RTU architecture, communications and practical applications is presented. In addition, an overview of PACs and a comparison of PAC and RTU functionality is described and the differences between PLC and PACs are also highlighted. The main features of DNP3 protocols are introduced, and a discussion of alarm management and its application in RTUs and PACs is also included. 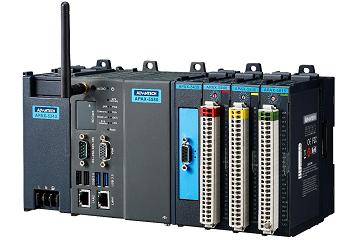 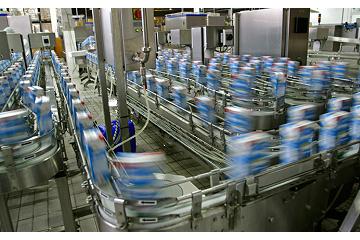